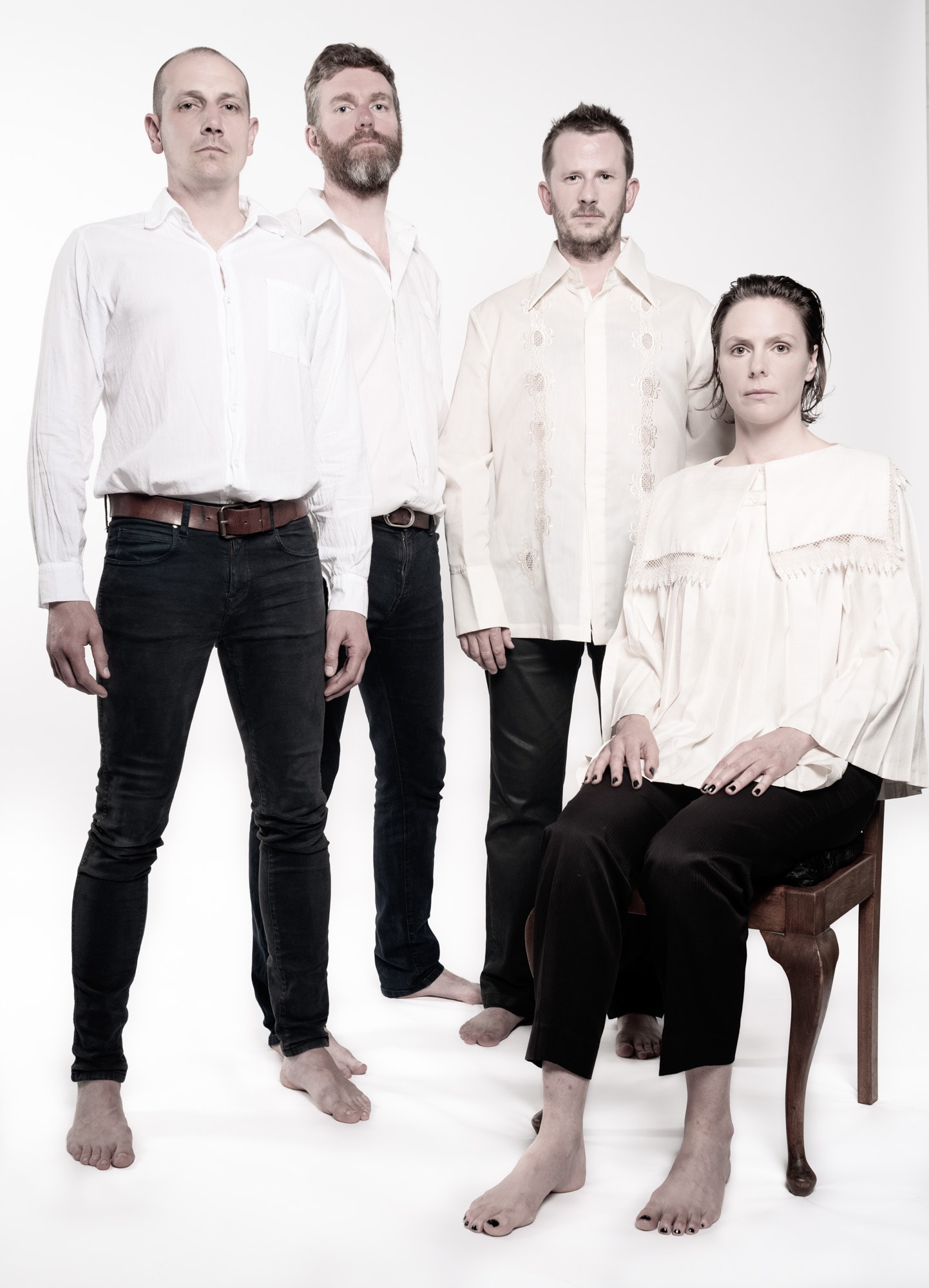 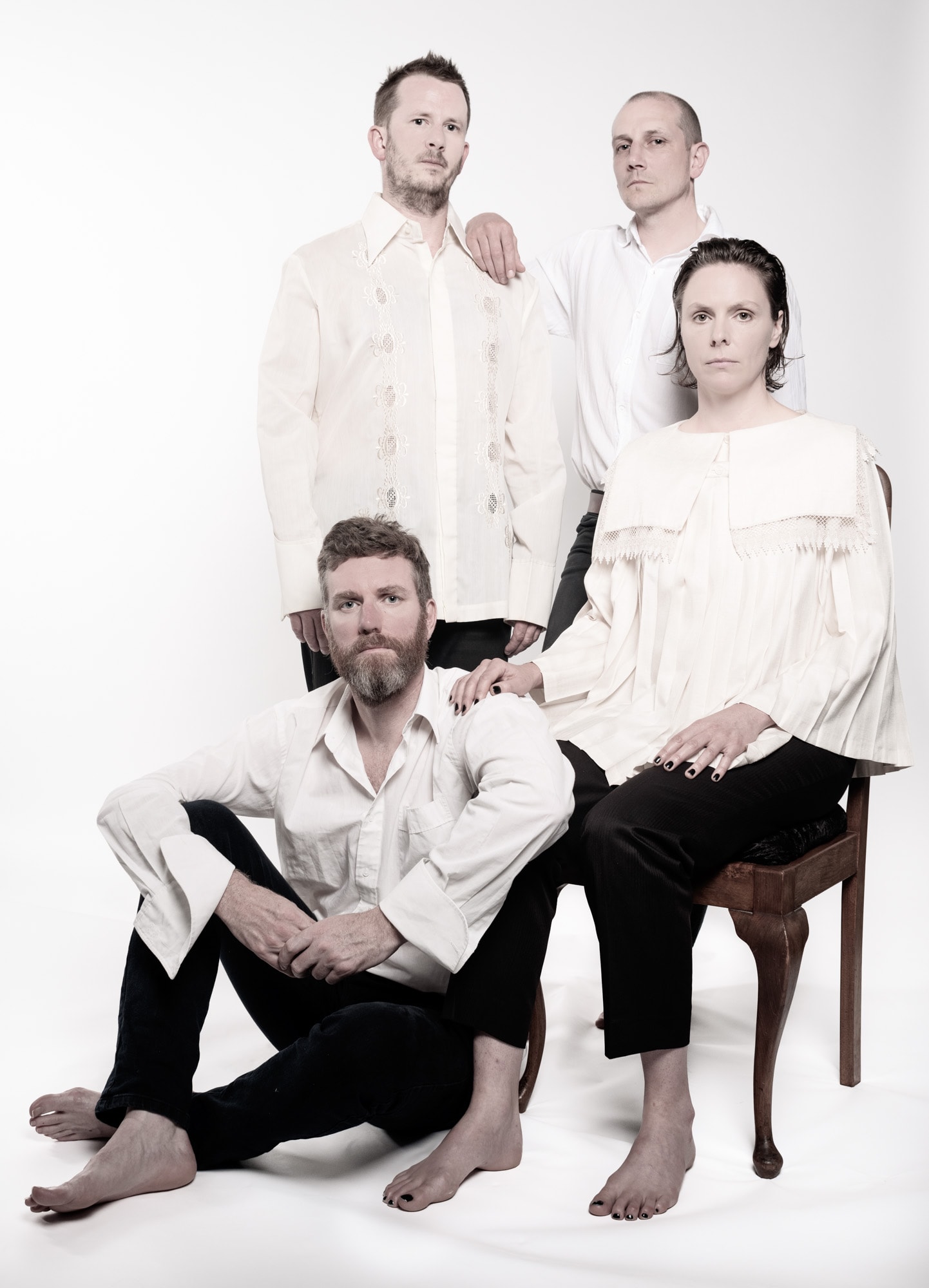 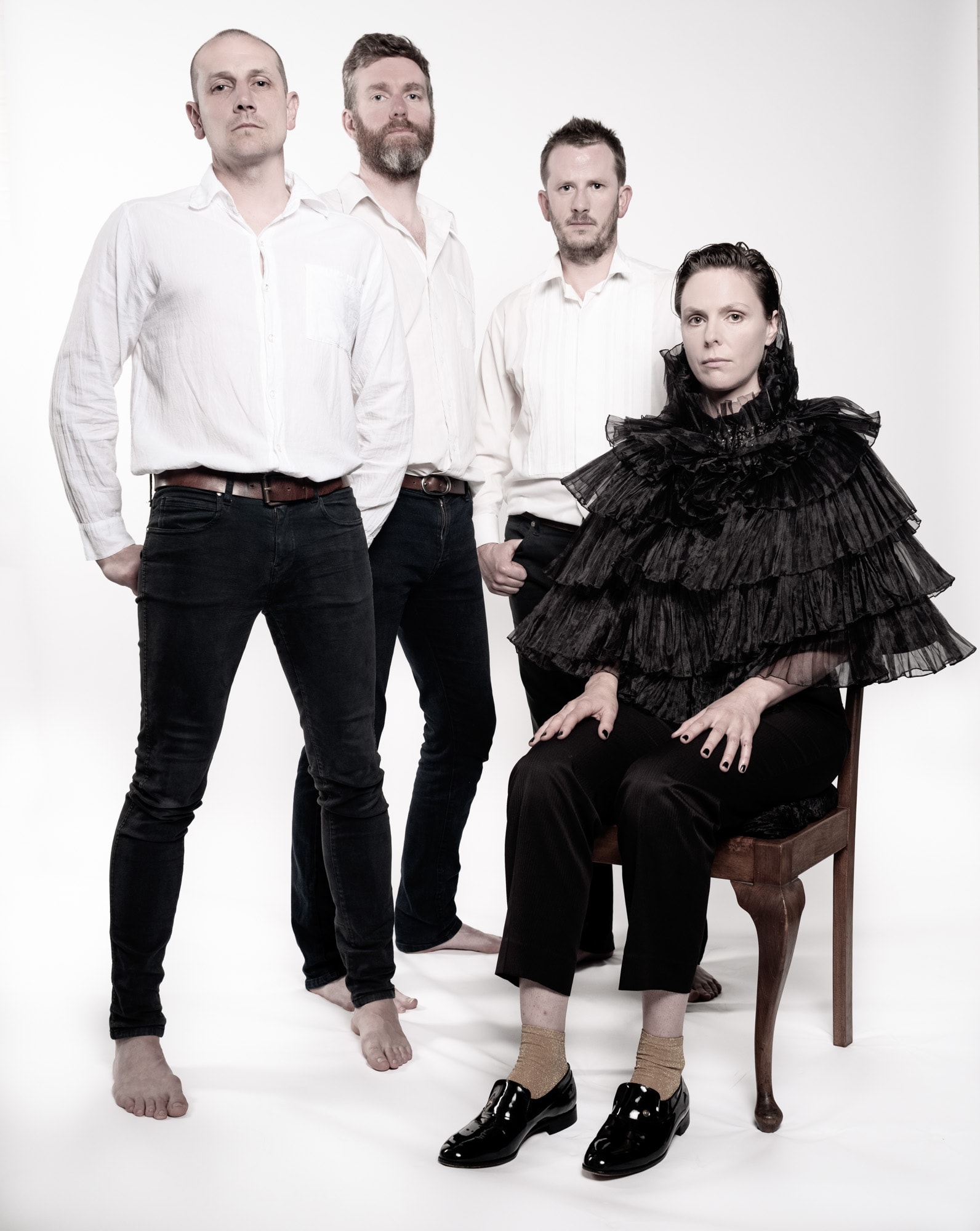 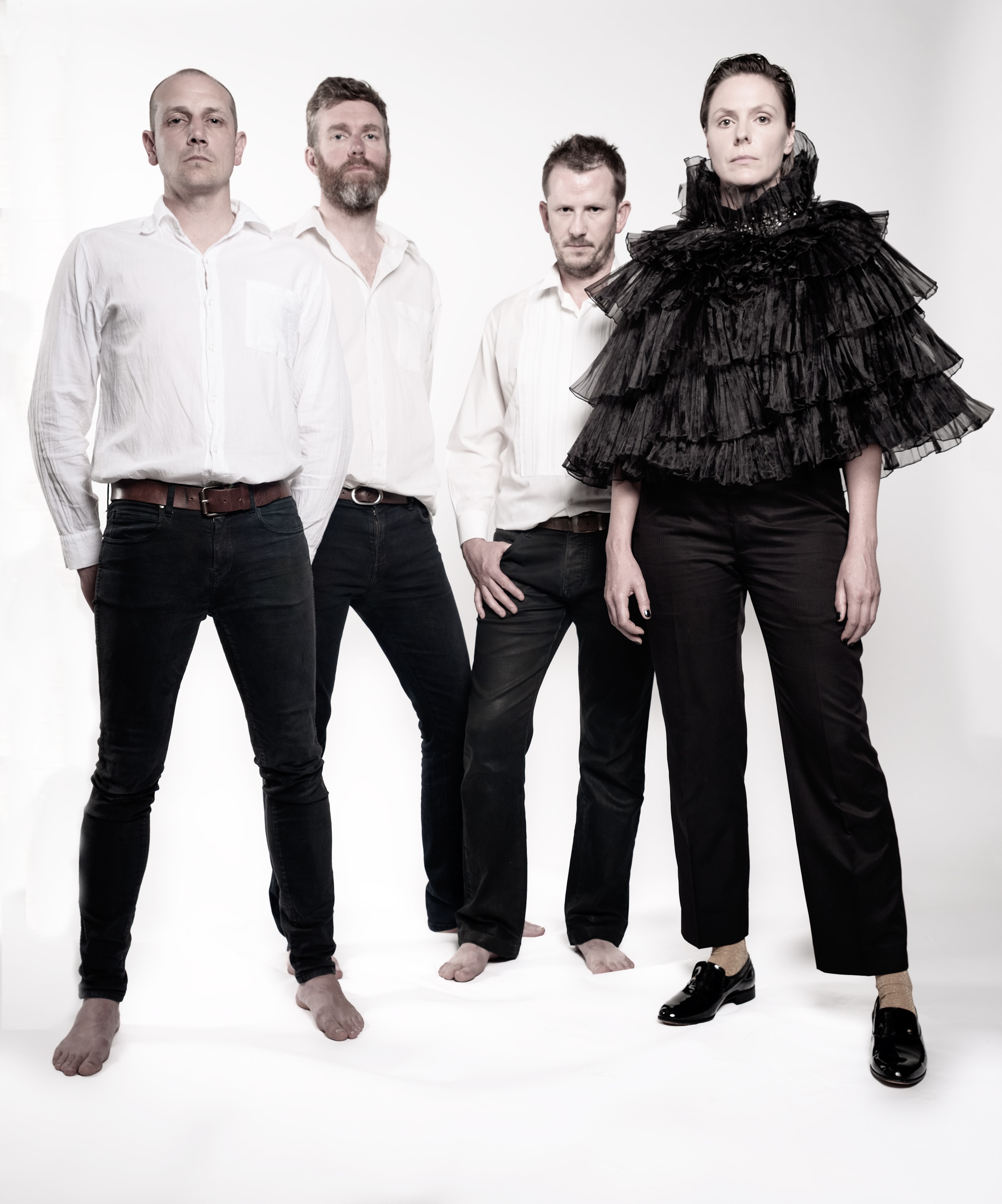 Band Portrait Photography for Ewah and the Vision of Paradise

EWAH & The Vision of Paradise are based in Hobart Tasmania. Their sound is often cited as cinematic. Merging post-punk and new wave with a lick of gothic.

I captured this portrait in my new studio setup at Parliament Coworking. Using two studio flash strobes on a white paper background. The shoot itself was inspired by and old 50’s book Ewah found. Hence the flat lighting and tones, expressionless reactions but strong poses.

Band portraits are always something unusual. It’s a great opportunity to work with other creative personalities, even something as simple as 4 bodies on a white backdrop can deliver the unexpected on a level. I mean, I had know idea Ewah would rock up with such an awesome black top. She looks positively crow like.